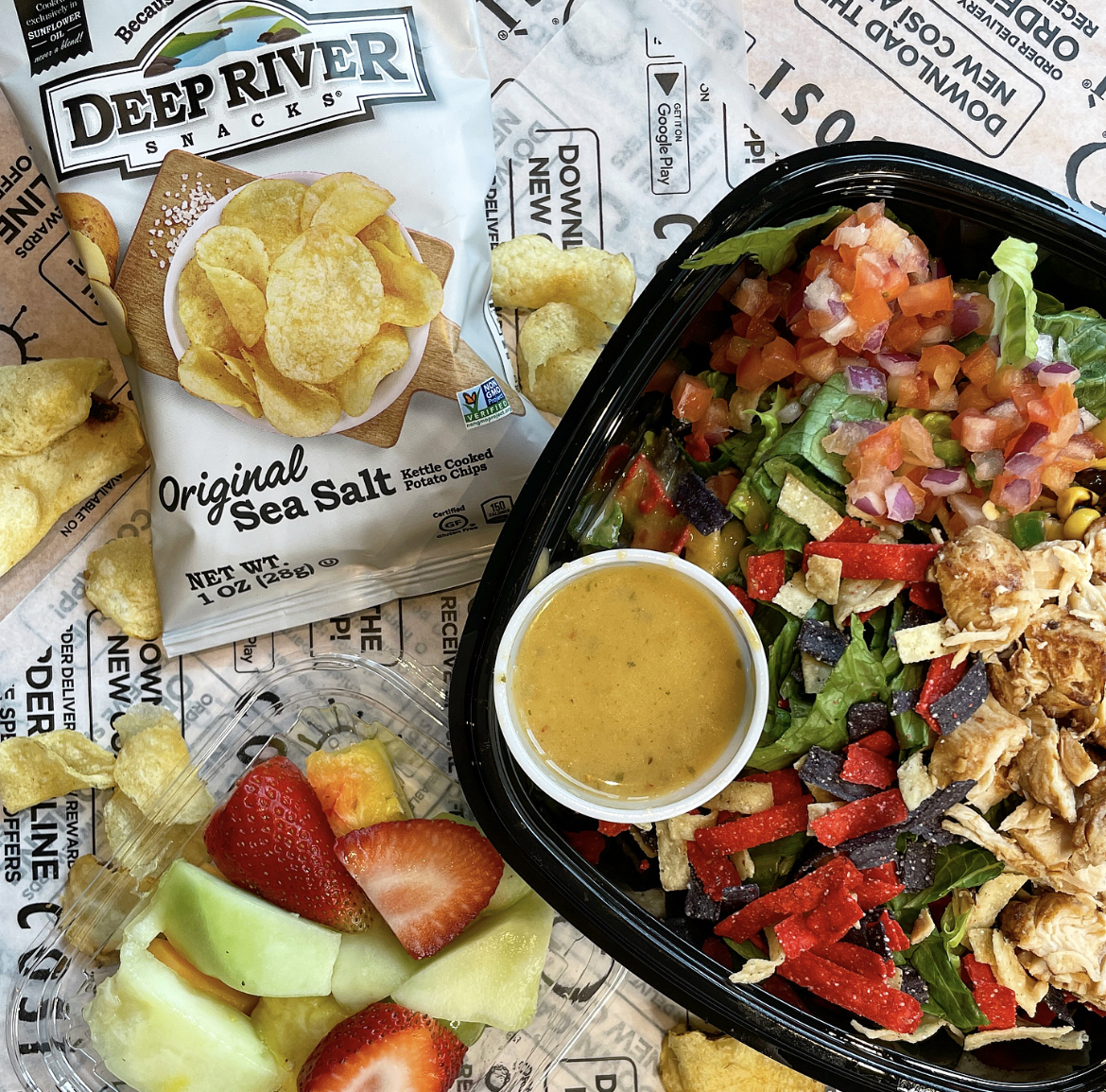 Cosi has been a long-loved franchise since 1989, with its first restaurant opening on the famed street of Rue de Seine in Paris, France. They came to the United States many years ago, and opened up stores all over the country. They found their stride in the East Coast, having locations in universities such as Purdue, and dozens of locations all over Massachusetts, New Jersey, Illinois, Pennsylvania, and many more.

They approached us with two different goals: grow the catering side of the business at a time when the country is coming out of COVID-19, and also help bring awareness to the multiple locations they have scattered across multiple states.

They were averaging about $20-30k in catering sales per month. The goal was to double that and slowly scale up.

The ad account needed a major overhaul, and some new ads. The targeting was all over the place. We tightened it up for demographics and targeting, and suggested a budget of $150/day in Google, and $80 a day in Facebook. We created ad groups targeting catering and competition, and freshened up ad copy and creatives.

They have a great Shopify store that allows people to order catering directly through the website.

The growth was incredible. Now I’m going to be completely transparent – I absolutely love spending other people’s money and making it multiply. It’s probably the shopaholic in me, but the return here was massive.

And the ad spend for these three months since they signed on with us was only $9000 in Google, and $4000 in Facebook. And they made nearly $200k in three months!

This doesn’t even take into account the phone calls they received, which tripled as well.

The visits to the website (and then to the stores, according to the different store managers) increased significantly as well, thanks to the traffic campaign we set up to target around the different locations.

The short of it is, there’s a magical formula to all this. Good ad copy + enticing photos + the right budget + the right targeting + retargeting + other technical fun stuff = $$$.